The history of Russia and its vast territory influenced its cuisine, which mixes traces of European and Eastern culture, coupled with the legacies of the former Soviet republics. The expansions brought new ingredients, bringing to the Russian gastronomy a great variety of flavors, gathered in a careful preparation.
The climate also brings great influences. It can give you a basic knowledge of Russian food culture. The cold calls for hot dishes to warm up and foods that provide energy to balance body temperatures such as carbohydrates and fats. Few vegetables and veggies are served raw. Also so the soups introduce the main dishes. The soups usually have a white appearance, due to the use of a common product there and very different from ours: the sour cream. 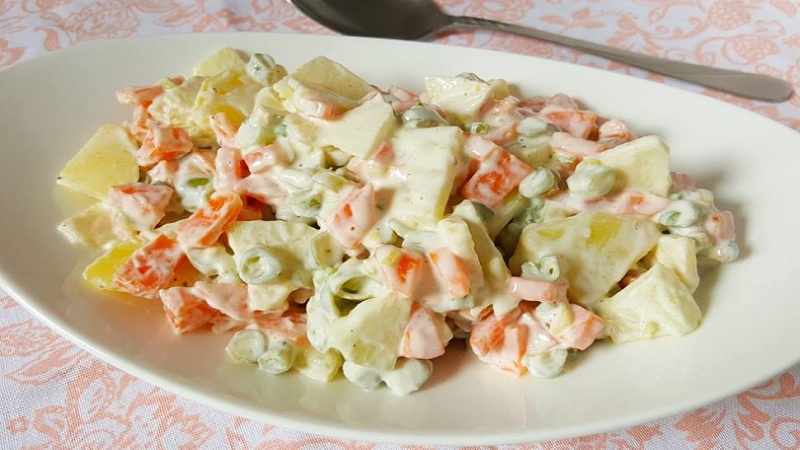 The Olivie salad is a typical Russian dish. It is made with potatoes, carrots, chicken, peas, cucumbers, eggs, mayonnaise. It is also known as the Russian Salad. According to its history, the original recipe was elaborated, in 1860, by Lucien Olivier Guillermina. The chef of the Hermitage restaurant, well known in Moscow for the time. In Russia, it is usually served in winter, at Christmas dinner. The recipe usually includes minced chicken meat and is accompanied by tangerines and typical winter fruits. It is very close to family festivities, where it is always on the table. 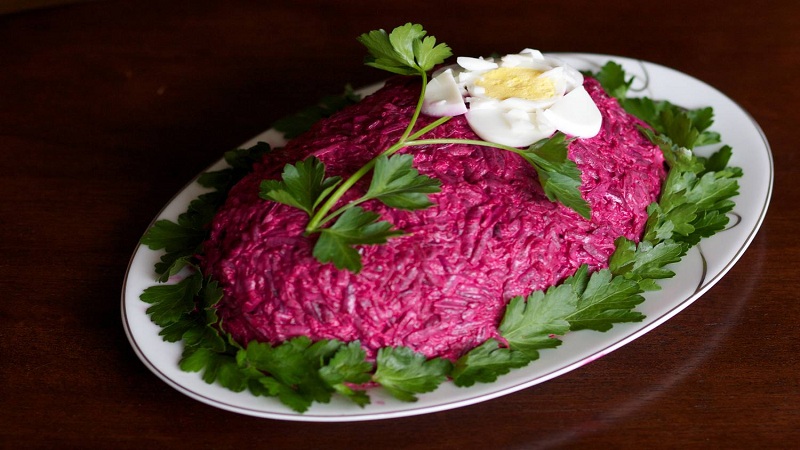 Herring in the coat is a salad of layers of cooked vegetables, chopped onions and mayonnaise on a layer of salted herring. Some variations of this salad include various layers of apple among its layers. The dish is typical of Russian cuisine during the periods of Christmas celebration. In this dish beet and other vegetables play the role of “shelter”. 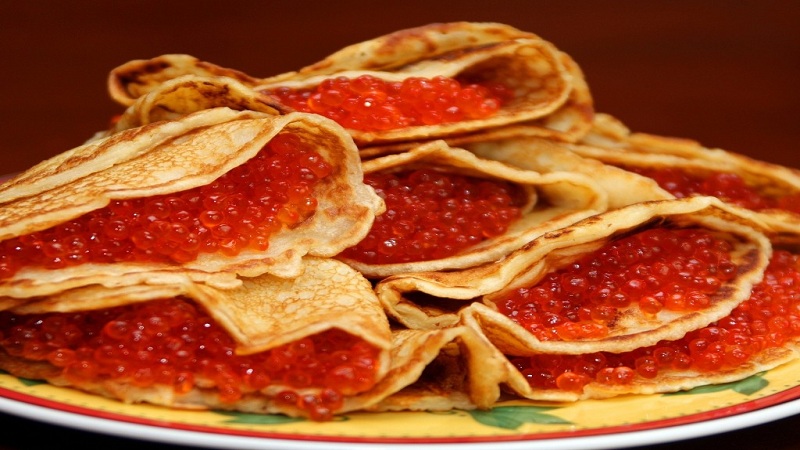 Red caviar To present the caviar, it must be served in a deep glass container. Place it in another container filled to half the snow (split ice). The caviar is decorated with watercress and served by sending slices of English bread (even better than brown bread) spread with lightly salted butter, pieces of lemon and finely chopped chives. 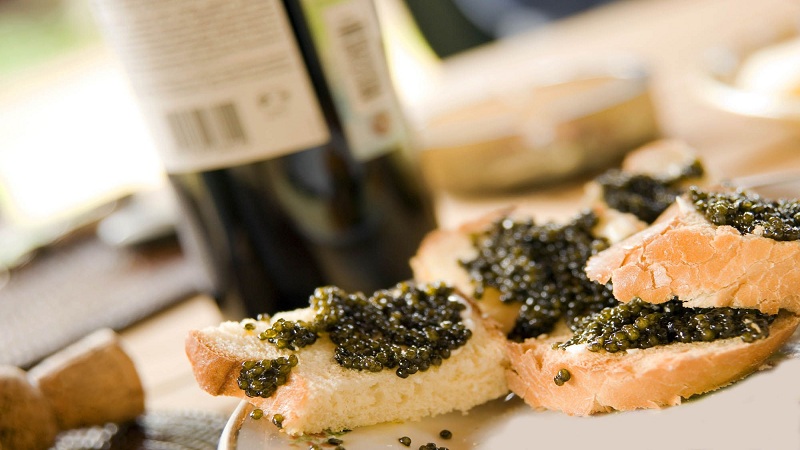 There are several types of black caviar, undoubtedly the best known is beluga caviar. Typical product in Russia accessible only to a few pockets. The black caviar during the Soviet era could be bought very easily and at a low cost, nowadays it is a very exclusive product. The average cost of 20 grams can vary between 1000 and 2500 rubles. 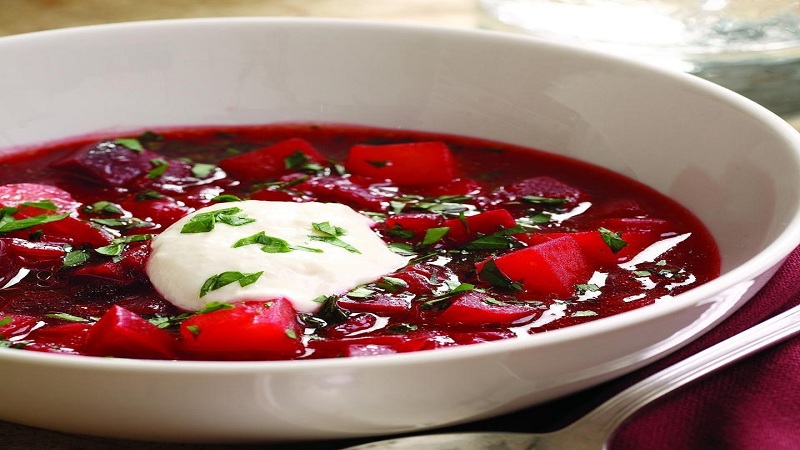 Borsch is a vegetable soup, which usually includes beetroots that give it a characteristic deep red color. There are two main variants of this dish, which is generally referred to as cold and hot borsch. Both are served with beets (beets) but are served and prepared differently. The hot borsch is the most popular and is the soup that contains a greater amount of optional ingredients. Depending on the cuisine you can include different vegetables, mushrooms, and meats (chicken, pork or veal). In this case, it is more similar to a stew than a soup and usually eaten accompanied by meat and a little bread. 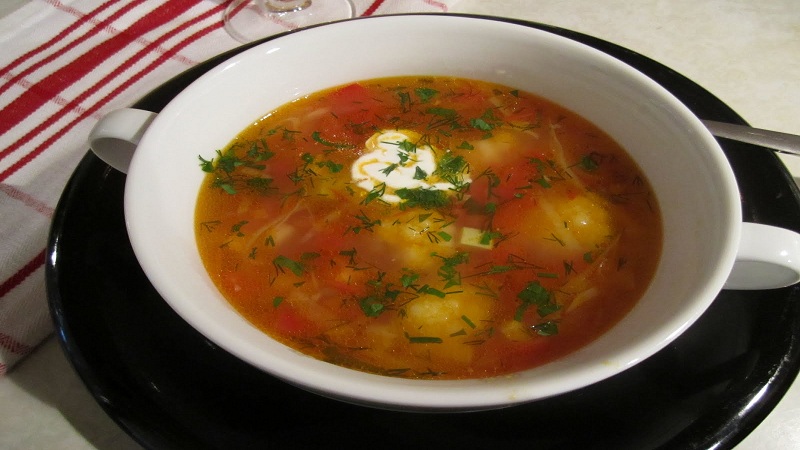 Shchi is a soup with cabbage as the main ingredient. It is very popular in the Gastronomy of Russia. A variant of this soup made with sorrel was called in Russia as green shchi (zelyonye shchi). It is usually made with cabbage or sauerkraut as well as other winter vegetables, meat can be added. Shchi made with sauerkraut has an acid taste and for this reason, it is called shchi acid. It is usually served with Smetana before being served. 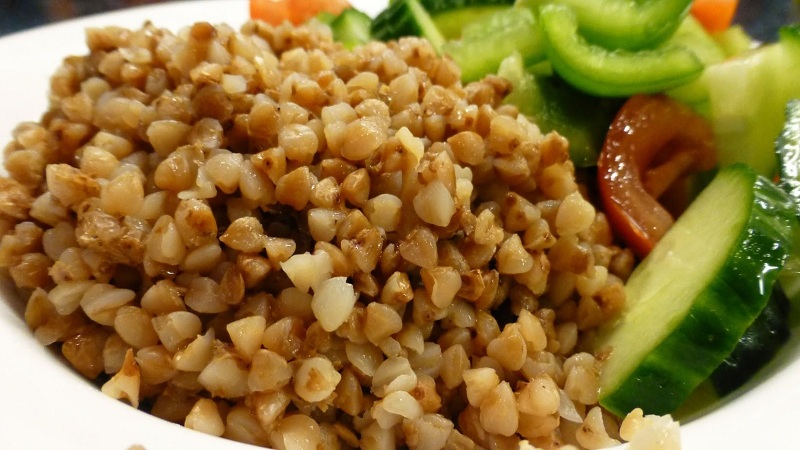 Grechka In Russia and Ukraine consumed boiled, mixed with butter or milk and is known as “Grechnevaya kasha”. In addition, people eat grechka as a side dish in main courses. This plant is considered the “queen of vegetable protein” due to its high protein content (between 10 and 13%), and its high availability. At the same time, it is very rich in lysine (scarce amino acid in plant proteins) and in other essential amino acids (arginine, methionine, threonine, and valine). It does not contain gluten and is therefore ideal for diets for celiacs.
It is an energetic and nutritious food. Ideal in cold countries or in winter and is very suitable for elderly, children and convalescents. 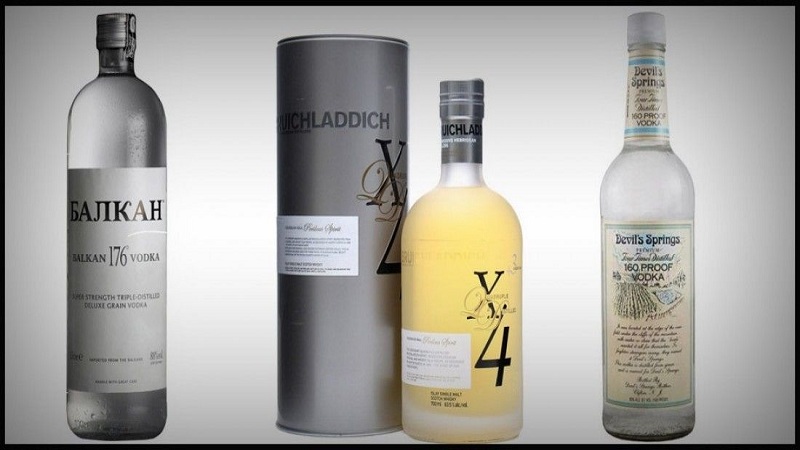 Vodka is an alcoholic beverage of 40-45 or 56 degrees of alcohol, very consumed by the Russians. During the Second World War, the army distributed vodka to its soldiers so that they had more value during the war. Nowadays consuming vodka is not well seen by society but it continues to be consumed. Vodka is the most consumed spirit drink in the world and a popular ingredient in glasses and drinks of all kinds. The most popular and successful brands in the world are Smirnoff, Absolut, Stolichnaya, Moskovskaya, Russkaya, Juri Dolgoruki, Sibirskaya in Russia. Its flavor can vary according to the quality, a good vodka does not have to bother going through the throat. It can be taken natural or cold. 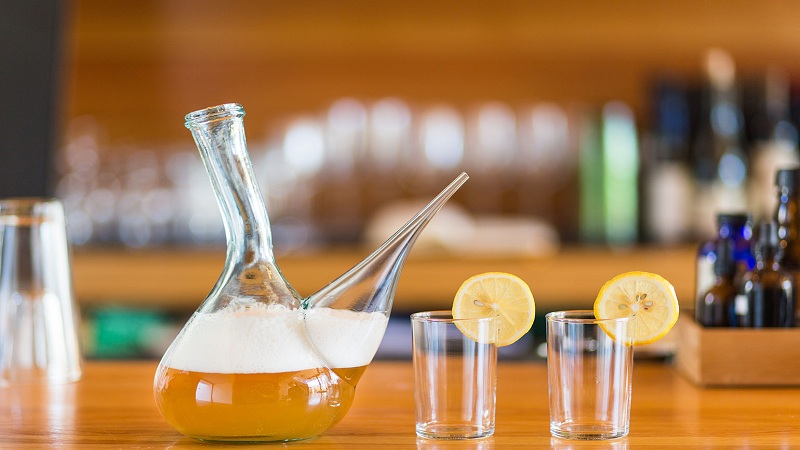 Kvas is a refreshing summer drink, very mild fermented very popular in Russia, Ukraine, and other Eastern European countries. The kvass exists in Russia for more than 1000 years. It is a national drink. People do not imagine summer without kvass. If you are very thirsty, kvas quenches thirst very well. The kvass is made with rye flour and malt or also with bran flour, some rye bread (black bread) and apples, this mixture is left to ferment in water. It is often given a fruity flavor and during the process, fruits are added. The main use is like a drink that is very popular in Russia and in Ukraine where it can be found almost on any street in the most important cities. In Russian cuisine, the kvas is used to cook a cold summer soup called okroshka. 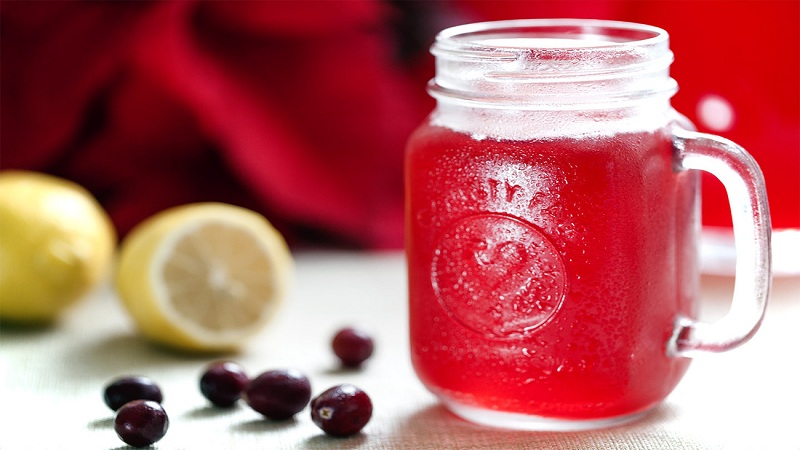 Mors is a refreshing drink. It is normally produced from forest berries such as cranberry and vaccinia, sometimes you can find Mors of strawberry from the forest. Mors production process includes a small process of fermentation of the berries. The fermented juice is mixed with sugar and water. Mors flavor is sweet acid. It has 1% alcohol. Mors is very good for health because it has vitamins from berries. 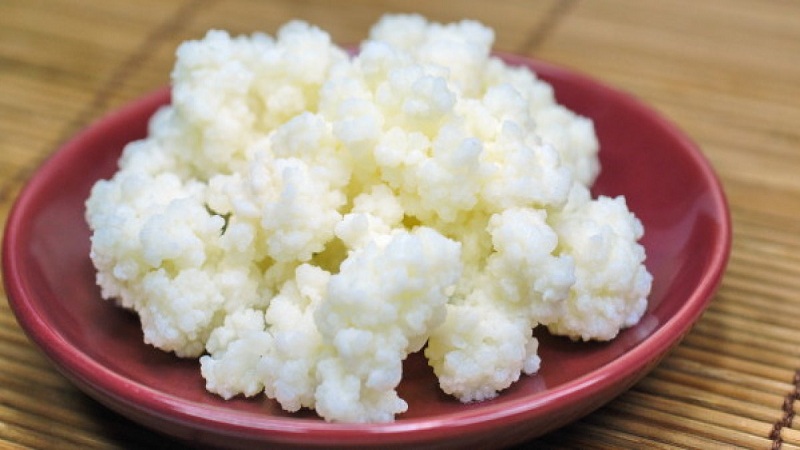 The most widespread is the milk kefir, with a certain resemblance to yogurt, although the manufacture of yogurt is much simpler and more profitable. Milk kefir is one of the oldest known dairy products, consumed for thousands of years, from the Caucasus. The nutritional value of kefir depends on the quality of the starting milk. Russian food culture. In general, it supplies minerals, especially calcium, magnesium and phosphorus; rich in vitamins of group B (B1, B5, B9 and B12, biotin) and vitamin K; essential amino acids, such as tryptophan and easily digested proteins.18 Lactose levels decrease and the concentration of β-galactosidase enzyme increases as a result of fermentation. Normally Russian grandparents drink a glass of kefir before going to sleep. 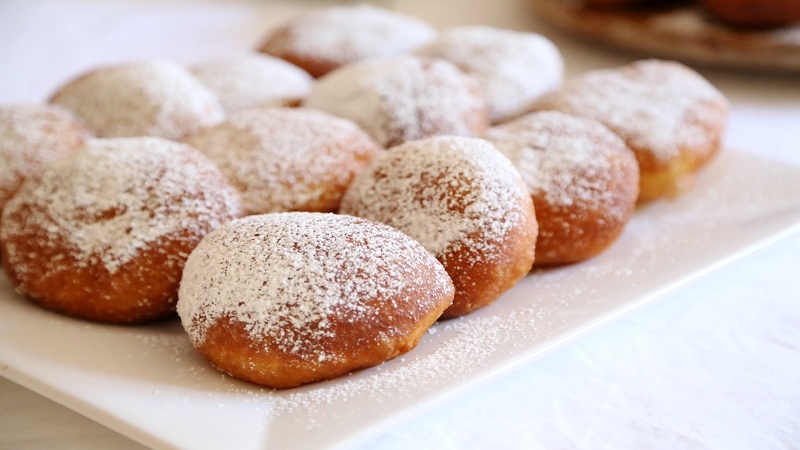 ponchikPonchik is a typical Russian sweet, made of cottage cheese dough and fried in vegetable oil and covered in sugar or chocolate. It is a very economical product similar to American donuts but home-made and eaten normally freshly made. It is typical to eat all year round. 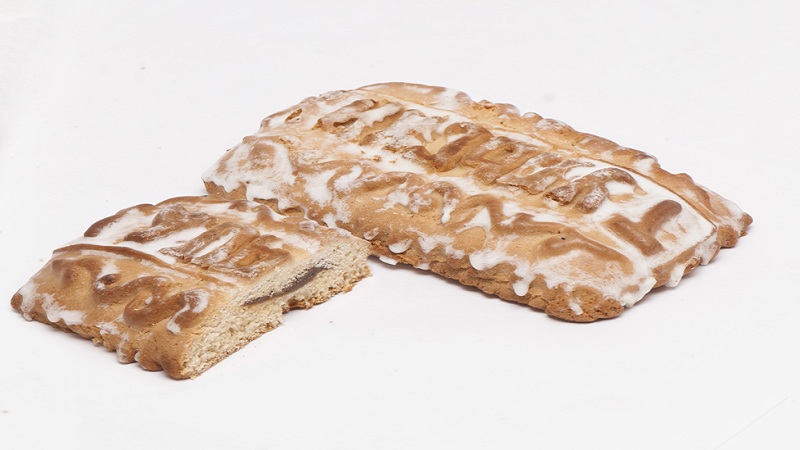 Tula gingerbread is a type of gingerbread printed from the city of Tula and the most famous of the Russian gingerbreads. Normally it has a flat, often rectangular shape. Modern versions usually contain jam or condensed milk, but traditionally they were made with honey. Russian food culture. Gingerbread is famous in Tula since the 17th century. The first mention of Tula gingerbread appears in the census book of this city in 1685. A museum dedicated to this gingerbread opened in Tula in 1996. Prianik is a very good souvenir because it can be well along in your travel bag and it is very tasty. 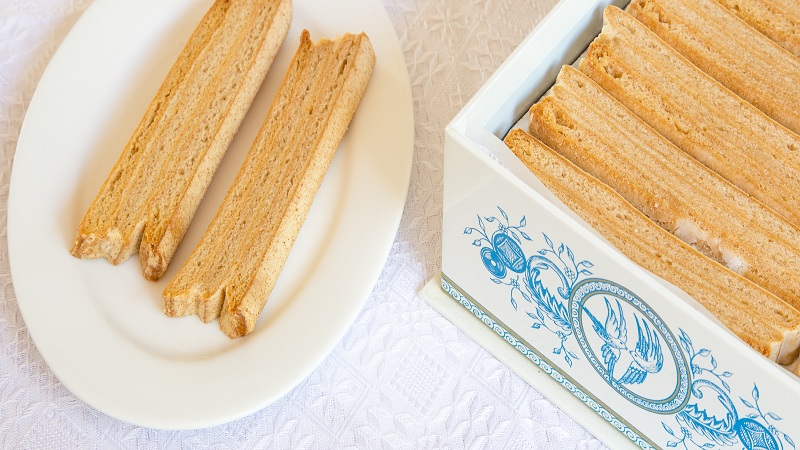 pastilaIt is sweet of Russian cuisine. First information about pastila came from the time of Ivan Terrible in the 1573 year. It was invented in Kolomna. In the past 19 Kolomna pasty was exported to Europe. It is made from pasty of mashed Russian apples, pulp of berries, also in pastila there is honey and sometimes sugar and egg white. Russian food culture 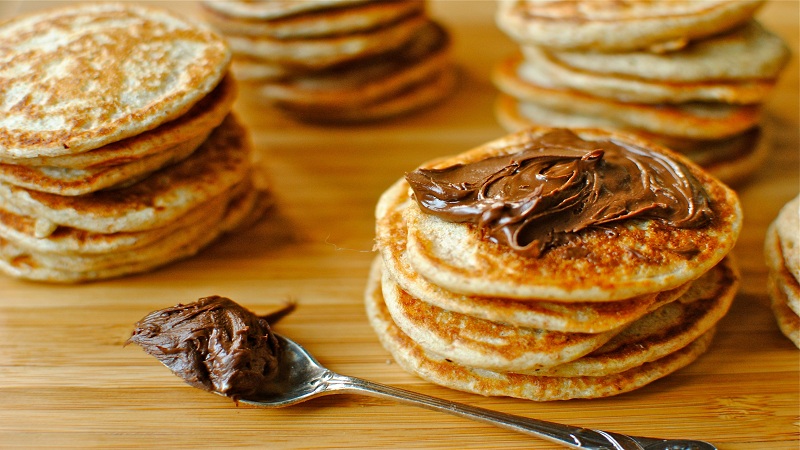 Blin is a fine pancake (a kind of Crepe) of mainly Slavic origin based on flour, eggs, milk, and yeast that can be eaten cooked in the oven or fried, with or without any filling. It is very common in Slavic cuisine (Russian, Ukrainian, Belarusian or Polish). The blins in many times stuffed with different fillings from salted meat, fish, ham, caviar to sweet things like honey, fruit, jams, condensed milk. 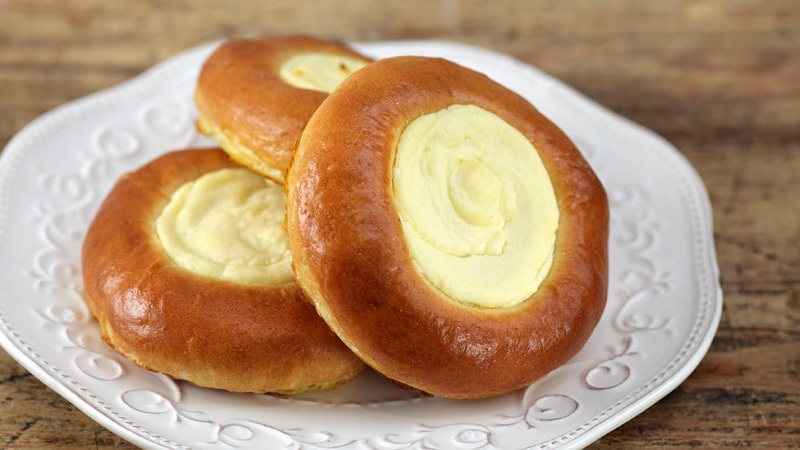 Vatrushka is a sweet cake stuffed with cottage cheese with raisins. It is around the pie, open at the top with edges of the dough, which is usually filled with cottage cheese and occasionally with jam. Now the Vatrushki do not become very large, only eight to twelve centimeters in diameter, but previously they became much older and for the whole family; and also considered desserts, sweets for tea, but before they even made them salty that was eaten with soup or as an independent dish. 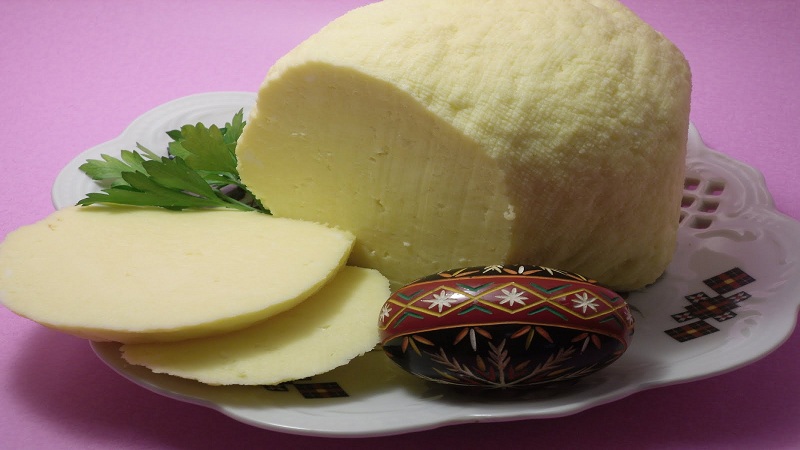 Sirok is a traditional sweet in Russia. It is made of sweet cottage cheese (in some South American countries it is called ricotta, it is a dairy product similar to cheese, obtained from the second processing of milk whey produced as a derivative in the production of soft cheeses) and covered with chocolate. Sirok can have cinnamon, vanilla, jam, condensed milk inside. 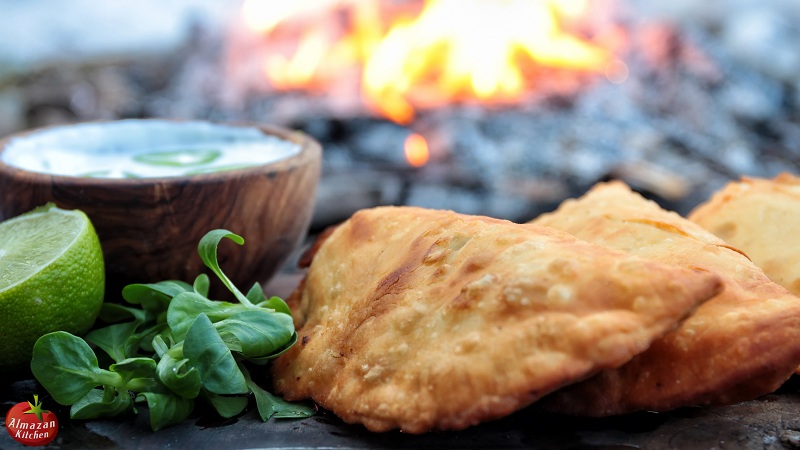 Cheburek is a pie filled with meat and fried in a lot of oil. It is a fast and popular food for fast street eating. But you can also eat it in cafes and restaurants. In St. Petersburg there is a chain of cheburet where they cook very good chebureks with many types of fillings. It is known as Cheburechnaya Brinza. 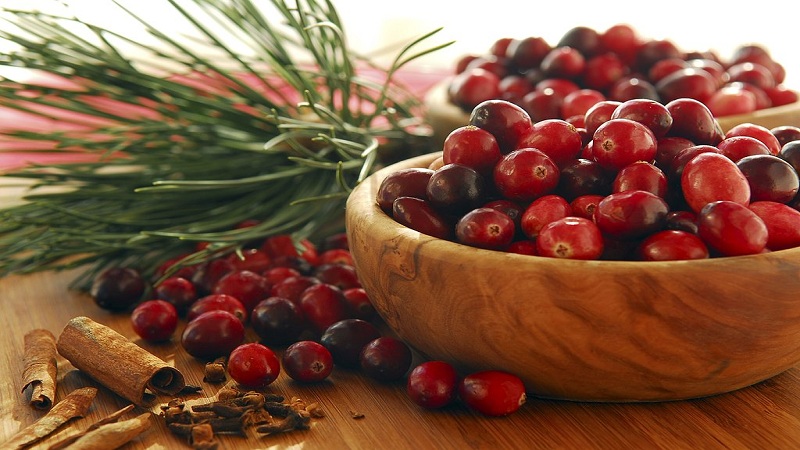 The name cranberry refers to a group of perennial. It is dwarf shrubs of the genus Vaccinium, subgenus Oxycoccus, although some botanists consider Oxycoccus a separate genus. They grow in acid peat bogs in the coldest areas of the Northern Hemisphere. The fruit is an authentic berry larger than the leaves. It is initially white but becomes intense red when ripe. It is edible, with an acidic taste that can mask its sweetness.

Every country has their own tradition and traditional food. Today we provide you some traditional food, which belongs to Russia. If you really want to know about Russian cultural food, this article can help you.