Some of the most well-known brand names are spoken daily by thousands of people, names such as Amazon, Google, McDonalds, and Facebook.  Let’s start with a name that’s grown particularly popular over the last two to three years.  Strangely, it was the awful Covid Virus that promoted Amazon with a tidal wave of customers to the forefront of people’s attention. Not being able to get out and about to any shops for essential food and household supplies, let alone being able to buy special cards and presents for Birthdays or Christmas led more and more customers to the Amazon site. The Amazon logo is simple and memorable, the name in black lowercase letters and a gold arrow underneath going from the A to the Z to represent the company’s ability to provide any customer with whatever they want, wherever they want it delivered.

Whenever you want to look for something on a search engine you look to Google to provide the answer. Having a monopoly of approximately 92% of the market, incredibly that tallies up to about 60% of the global population! Google has certainly earned their place at the top and their very clever marketing strategies have been a major part of their success. Their logo again is simple with just their name in large letters using different colours for each one.  The clever use of the conventional primary colours, Blue, Red and Yellow mixed with the secondary colour green was a stroke of genius and one that could well have come from Marketing Strategy Consultants such as https://www.reallyhelpfulmarketing.co.uk/specialist-services/marketing-strategy-consultant.

If you were to ask most children and some adults what their favourite takeaway was, thousands would respond with McDonalds!  It’s not just their burgers and chips that make them such a successful eatery in a market that’s saturated with firms competing for a share in the food industry. The simple and memorable gold letter M on a red background subconsciously represents energy, stimulation and happiness. The single letter stands out bold and strong and can be clearly seen on an overcrowded road very easily. Facebook again uses simplicity in its logo with the name in bright white on a blue background. Mark Zuckerberg the creator of this global multimedia platform chose the colours specifically because he is red-green colourblind. 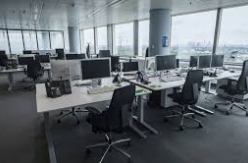 What are protected characteristics 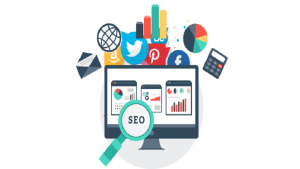 How To Protect Yourself From Phishing Attacks